Cooking for the Bank Holiday Weekend and a Music Alldayer

April 30, 2016
My partner Matt is a singer songwriter with the stage name Quiet Loner and our weekends are often taken up with him playing at gigs, going to gigs and sometimes hosting gigs. We put on a bi-monthly show in Glossop called Defiance Sessions with musicians from all over the UK coming to our little town and staying with us. The next one is May 28 and features Chris TT and fellow vegan Efa Supertramp. Here's Matt talking more about it.


Tomorrow Matt is playing at an all day festival in Barnsley. I've been cooking food today that will also double up as wrap fillings to keep us going tomorrow. 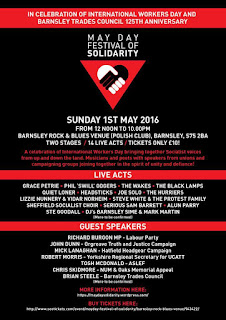 First up is this recipe from Isa Does It. The book just fell open at this page and as I'd never made it before and had all the ingredients it was a must try. Rather than fry the tofu I tossed it in sesame oil, salt and pepper and then oven baked it. It came out great with a lovely texture. Under the tofu is wasabi, edamame hummus and the green stuff is pea shoots. Lovely, flavourful and fresh tasting. 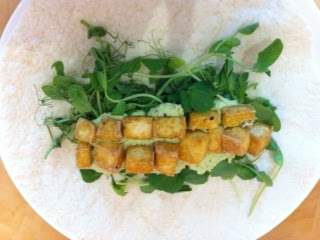 I didn't have any wasabi paste so I subbed with this wasabi seasoning that I found for 29p a Quality Save a way back. It's a blend of white and black sesame, peppers, horseradish, wasabi and ginger and worked well. It's also great as a seasoning on baked sweet potato wedges. 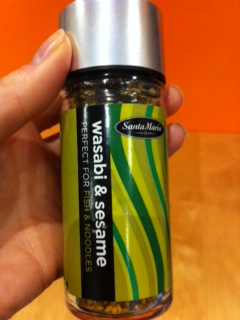 Here's the finished wrap for lunch today. In the background is a glass of my home brewed Kombucha. I've been brewing for around a month now after getting a scoby from Adrian who we met when he came to fix our computers! I love the process and have brewed with both black and green tea and have just made my first flavoured batch adding a bit of ginger and lemon soda. 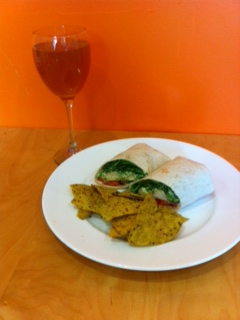 The tortilla chips with the wrap are these amazing delights that we picked up in Praze, our local deli. These are seriously addictive and some of the nicest tortilla chips I've ever tried. 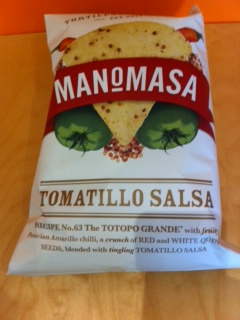 I've recently checked the new Deliciously Ella book out of the library so there'll be a blog post coming up soon about what I've been making from it. This dish is from the large batch cooking section and is Turmeric, Potato, Chickpea, Quinoa and Spinach curry. It's a total one pot meal and has made enough for tonight, a wrap tomorrow and extras to go in the freezer for later in the week. 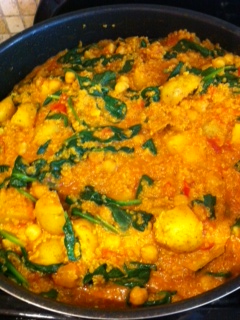 As well as savoury stuff I like to take some drinks to an all dayer. Although I'll probably have some beer or wine in the evening I don't want to drink alchohol all day and I'm not a fan of fizzy drinks or fruit juices and if the venue isn't the warmest then drinking endless mineral waters can get a bit chilly. So I usually pack a flask of tea or coffee. Of course a hot drink needs something sweet to go with it. These are gluten free blondies from the first Babycakes book. They are meant to be mini canape size bites but I made them as muffin size. Half the recipe made 6. I'm always blown away by how good and non gluten free the recipes from there taste. There's used copies on Amazon for 1p, seriously if you haven't got it then pick one up. 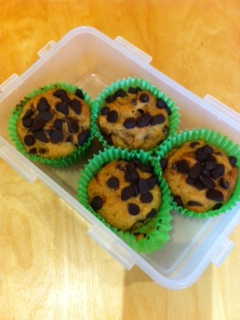 Finally new cookery books! And neither of these are vegan especially the pan cooked chicken one. My local RSPCA charity shop is the best for books. They are currently doing 3 for £1 so I picked these up and a novel. Sophie Dahl did a BBC cookery show back in 2010. It only had 6 episodes and I loved it. Unfortunately the critics didn't and it got axed. To be fair I don't think it ever stood a chance. Before the first epiosde aired I remember reading articles saying it was just a copy of Nigella and one slagging her off because it wasn't filmed in her own kitchen??? Anyway I really enjoyed it and am sad I've never been able to watch it again although I have found one episode on You Tube. One of the things she makes is a meat based Shepherd's pie for her partner and a puy lentil based one for herself. I think the rest of the series is there too just split up into half episodes. 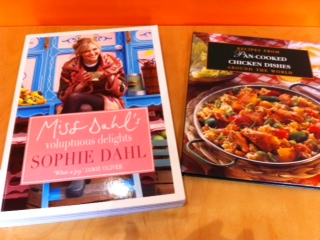 So why the chicken book? Don't worry I've not started eating chicken. I did used to have this book and when I lived with my sister in my twenties we used it a lot. There are recipes form around the world and I remember some really tasty dishes. When I saw this morning that Asda are now selling vegan Quorn fillets I said to Matt that I needed to get a copy of the book and that I always saw it in charity shops. Lo and behold there were actually two copies and at 33.3p I couldn't resist. So when I get hold of some quorn fillets I'll let you know how veganising the recipes goes.

EDIT - Just had the Deliciously Ella Chickpea, Quinoa and Turmeric curry for our tea and it was fantastic. The best of any of her recipes I've made so far and I really recommend trying it. Very easy to make and not much washing up which is always a bonus! The recipe is online here.
Defiance Sessions Deliciously Ella Isa Does It kombucha Quiet Loner Sesame Tofu and Edamame hummus wrap Sophie Dahl vegan musicians vegan Quorn fillets recipes