October 20, 2014
Matt's new job has taken him to the town of Ashton Under Lyne. After spending the last couple of years working in Manchester's Northern Quarter which caters brilliantly for vegans, he was a little worried about lunch options. Ashton however caters surprisingly well for non meat eaters. I joined him over there for lunch one Friday afternoon. Our choice of cafe was Topaz. Topaz is on the ground floor of a centre run by mental health charity, Mind. 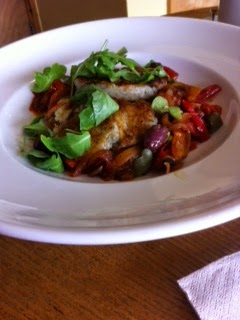 All of the food is vegetarian and most of it is either vegan or veganisable. They also use veg which they grow on their own allotment. Matt went for kolrabi fritters with a gorgeous sweet pepper dish. I had tagliatelle with homemade pesto, olives, broad beans and rocket. Both dishes were delicious and really fresh tasting. 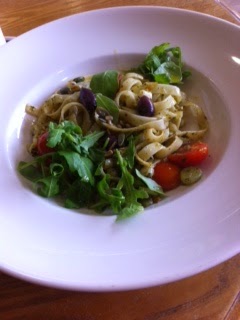 We managed to squeeze in some dessert too. 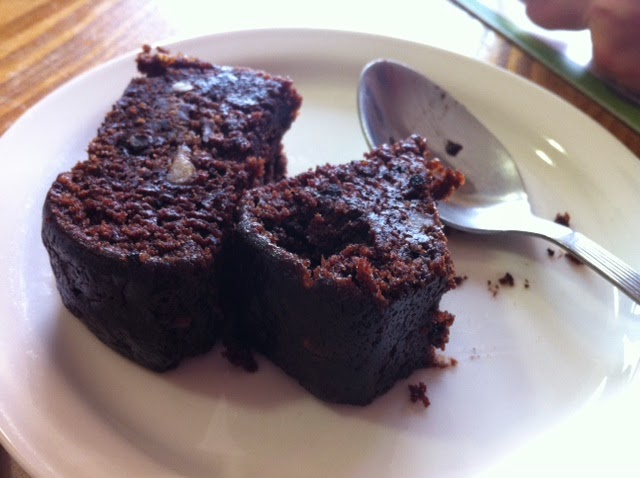 This chocolate cake was pretty good but the real star was this apple crumble and custard. 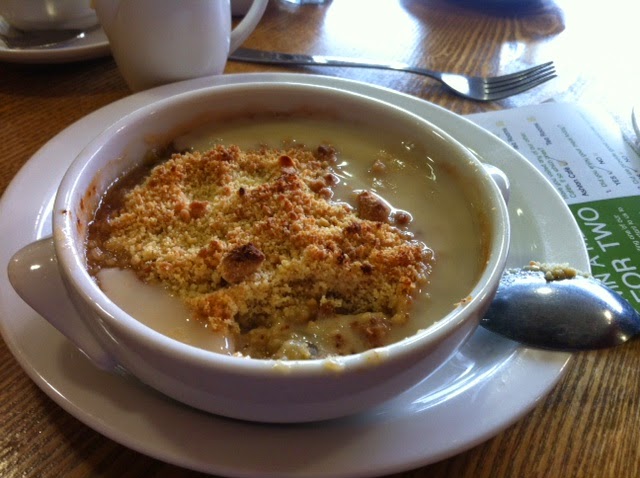 We had a quick chat with the head chef Kevin before we left. He's run various veggie restaurants over the years. It turned out he was running a place in Leicester that Matt used to go in and was the creator of one of Matt's favourite food memories, an outstanding cashew cream he tried back in the nineties!
Topaz Vegan Ashton Under Lyne