Weekly round up - What I've Been Buying, Making and Eating!

June 08, 2016
These choccies were actually from a few weeks ago but somehow got missed off a post and I've just noticed the picture on my phone. For those not from Manchester, Bonbon Chocolate Boutique is a fabulous little chocolate shop in the Northern Quarter. I've blogged about it here before. They sell lots of artisan and handmade chocolate including some made on the premises and also the best hot chocolate ever in several different flavours most of which are vegan friendly! 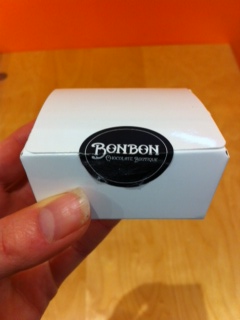 Matt visited with a friend a few weeks ago and brought these home. They were salted caramel truffles which they had just started selling and are made by the staff at Bonbon. They were seriously stunning and I am still thinking about them now weeks later! 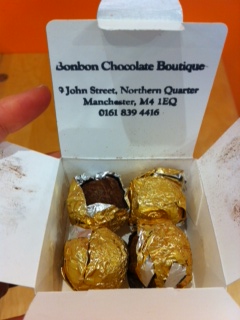 I have been all about the chocolate in the last week. I went out and bought a bar of Seed and Bean Cornish Sea Salt after seeing this review by new blogger Hayley Loves which reminded me how much I love this bar. We also ordered a bar of this amazing sounding raw chocolate via the Real Foods website. I say amazing sounding as it arrived just as Matt went away for a week so I am patiently waiting for him to return to try this and the other things in the Real Foods order. 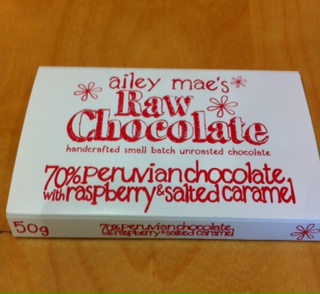 One of Matt's nephews had very kindly got us a Real Foods gift voucher for Christmas so we cashed in to get some ingredients (carob and vital wheat gluten) and also some treats such as the aforementioned Ailey Maes raw choc and some of this gourmet nut butter. How delicious does this sound as do the others in this range by Almighty Foods! 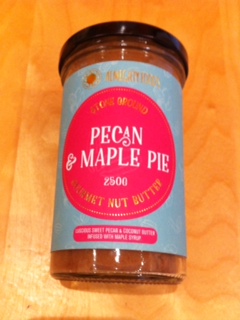 We have been wanting to try the Follow Your Heart vegan egg for ages so we are looking forward to a breakfast with this next weekend. 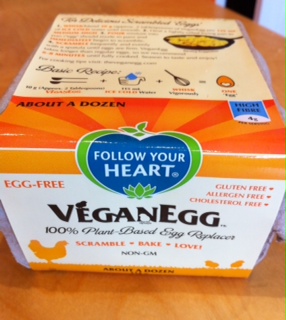 I've been really enjoying making frothy coffees with the Oatly Foamable from last weeks round up. I hope some coffee shops start to offer this as an alternative to soya. 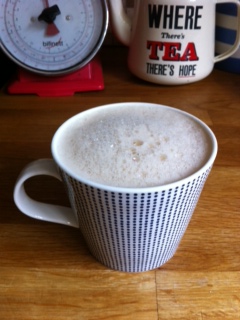 There's been a bit of baking going on too recently. We hosted a Defiance Sessions the other week and I made some cakes to sell for donations at the gig for the first time. There were gluten free brownies from the Oh She Glows cookery book. 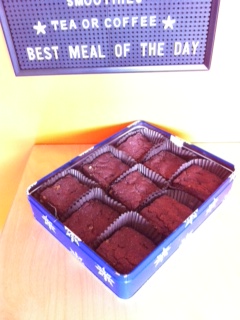 This is the Lemon and Poppy Seed cake from Get It Ripe. I really like a couple of the cake recipes from this book and they always turn out great. 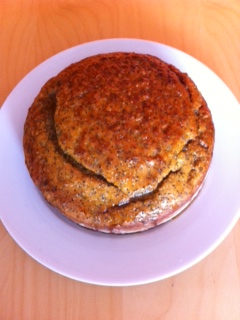 I also made for the first time a Chocolate and Beetroot cake from the BBC recipes website. I wasn't sure about this as you basically chucked all the ingredients in a blender but it turned out really well and the recipe is definitely a keeper. I used ready cooked beetroot so it was nice and quick to make too! 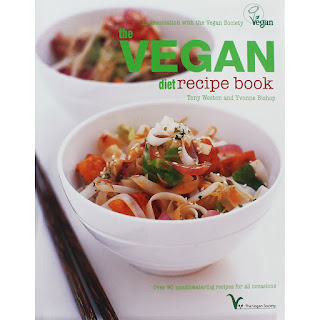 One of the reasons I ordered the carob from Real Foods is that it seems to crop up in quite a few recipes from the Vegan recipe book I recently picked up in a charity shop. I've been regularly making the easy granola recipe from this and I turned next to something else form the breakfasts chapter - croissants! 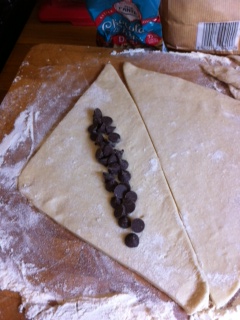 These were fun to make though I would have liked as little more detail in the recipe such as what size to roll things out. The fat you use is coconut oil which you spread on the dough and then fold it and roll it before putting it in the fridge for a while to rest. The process takes about an hour and a half but most of that is just waiting for the dough to do it's thing and you can go off and do something else. 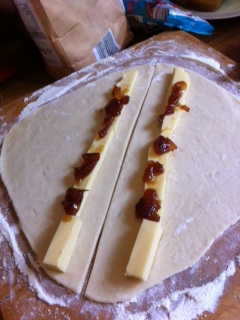 The recipe recommends filling them with chocolate so I tried this with some chocolate chips and I couldn't resist trying some with a bit of leftover smoked violife and some onion marmalade. 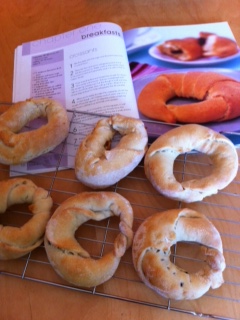 As you can see mine weren't quite as photogenic as the picture in the book. They also didn't have a croissant like texture it was definitely more of a filled bread roll. I enjoyed making them though and would probably have another go and experiment with fillings. I've popped a few in the freezer to take on a camping trip in a few weeks for a breakfast. 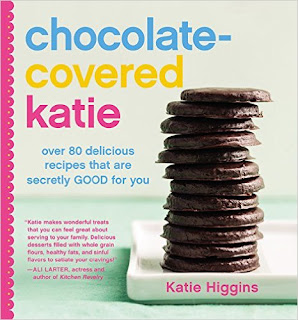 I lucked out again at my favourite charity shop last week that does 3 books for a pound. I got a couple of novels and a copy of Chocolate Covered Katie's book. How cool is that! I've only made a granola so far and I need to invest in some healthier sweeteners before I try anything else (xylitol and stevia feature heavily). 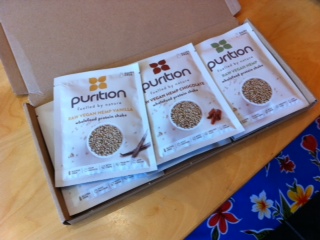 Talking of stevia I also won a sample box of Purition raw vegan smoothie mixes in a Facebook competition. The mixes all feature a small amount of stevia as a sweetener as well as a blend of nuts, seeds and hemp protein. They are designed to be a meal replacement drink or an after workout smoothie and they recommend adding fruit to them. 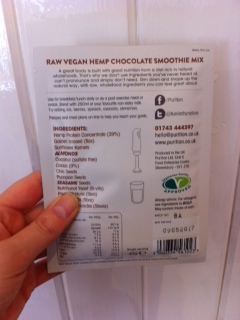 So far I've tried the vanilla (adding banana and cinnamon) and the chocolate (adding banana and frozen cherries). I liked both drinks and they did keep me full to my next meal. Although they can be used as part of a weight loss regime or as a protein drink I also think these would also be great for anyone who is poorly or recovering from an operation. I was really ill about five years ago and struggled to eat well over a few months living on sandwiches a lot of the time as they were easy. Something like this would have been brilliant then as another food option. I know you can make up your own blends but when you are ill the ease of having something like this cannot be underestimated. 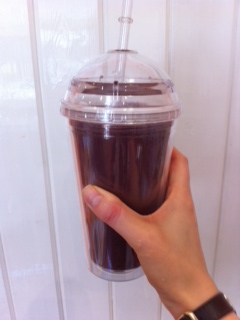 So that's it for this week. I'm curious to know if anyone else has ever tried to make vegan croissants and if so what recipe you used? 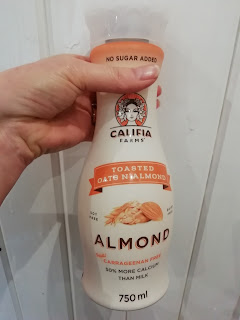 We were over in the nearby town of Ashton-under-Lyne last Saturday where Matt was playing in an afternoon festival. I took the opportunity to pop into one of my favourite discount shops whilst we were there. Fultons is a Northern chain that sells both frozen and non-frozen goods that are coming to the last few months of their shelf life. I've always found some great vegan bargains and this visit was no exception.

The price of Califa Farms almond milks has always put me off. They are around the £3 mark but for 69p I snapped this up and used it in our Sunday smoothies.


Tranquini was a drink I came across in Heron last year and I was sad when it disappeared as I really loved it and have never seen it anywhere else. It's made in Austria and is the opposite of an energy drink in that it aims to calm and soothe you. It comes in still or sparkling and contains natural ingredients. This ginger and lemongrass flavour also has some green tea, chamomile, lavender and lemon balm in it. At…
Read more