September 14, 2016
Hello! I am back blogging after an absence of over a month! I'm afraid I've been laid low with back to back viruses. The first one caused acute sinusitis and the second a throat infection. Having the chronic cough condition and a type of bronchitis anyway means that getting anything on top of those is pretty bad. For the first week and a half I struggled to watch telly or read and even get out of bed. It really wiped me out but I'm feeling a lot better this week. It's a bit of a sparse round up for a whole month but here's some vegan finds we've been enjoying. 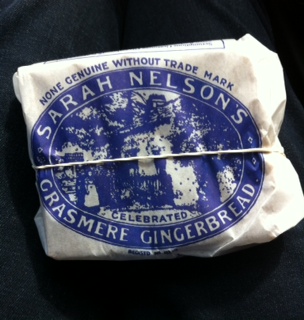 First up is Grassmere Gingerbread. I started first feeling unwell on the weekend of a wedding of some dear friends of ours but luckily the full lurgy held off til the Monday and I was able to attend the wedding celebrations on the Friday and Saturday. They got married in a really beautiful place on the edge of Lake Windermere. As a lifelong fan of Grassmere gingerbread we stopped off on the way home to purchase some. You buy it from a tiny gingerbread shop where it is made daily and which smells amazing. 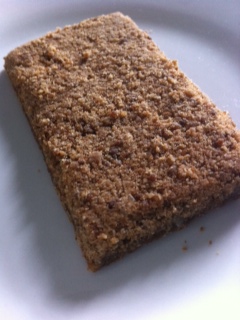 It comes in a lovely waxed packet and is like no other gingerbread. I've tried to show the inside where you can see pieces of candied ginger. It manages to be soft and chewy with a crunchy topping and tastes seriously amazing! The company that make it say that it is vegan. Amazingly they don't list the ingredients anywhere on the wrapping. I'm not really sure how they get away with this with the new allergy laws. I guess they maybe have a list of ingredients available to view in the shop if you ask but I didn't think to. I want to know the ingredients so I can make it at home. There are various recipes on the internet but it is hard to know if any are authentic and none of the ones I've found are actually vegan although some you could sub margarine for butter and they would be. Apparently the recipe they use is kept in a sealed bank vault! 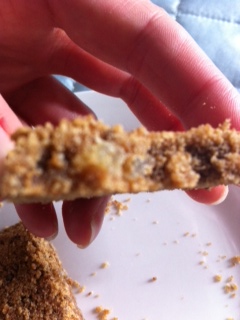 One of the days I was sick, Matt brought me a bag of these home as a surprise after spotting them in WH Smiths in the train station. They also seem to be available in Starbucks and Boots too. 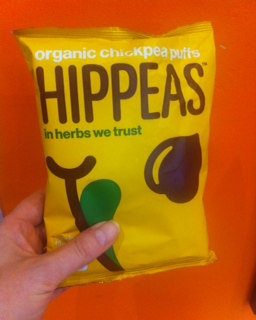 I was really excited as on first glance I thought they were going to be like Wotsits, a much missed crisp from pregan days. However, the texture is very different and is hard and crunchy. I liked these but found them more like croutons and ended up using them in that way to top a salad. Joey on Flicking the V's has included them on a recent vegan snack round up and after reading her review I am tempted to seek out the other flavours to try. 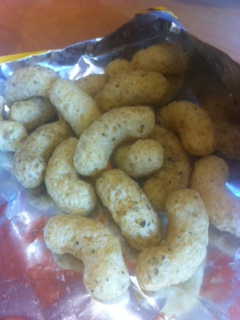 We got some free vouchers to try the new Alpro Go-On yoghurts and we also bought some as they were on offer for 50p in Tescos so we've managed to try all the flavours. My favourite is definitely the passion fruit one. I'm not really a big yoghurt person but I liked the set texture of these and I found myself actually craving one the other day so they must be doing something right! 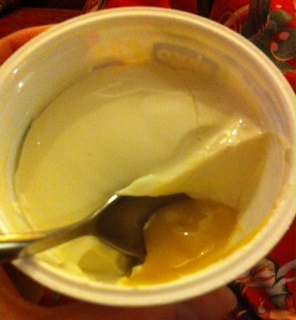 Matt did all the cooking the first week I was ill including a lovely tofu and brown rice noodle soup one night. Later on this cropped up on Facebook - apparently whilst the tofu was baking the noodles were doing a Donald Trump's hair impression! 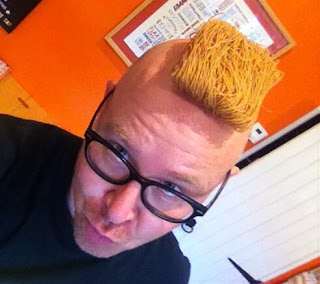 I don't usually look at Kellogg's cereals as a lot of them are fortified with non vegan Vitamin D but I spotted boxes of this in Heron for 69p and was curious about what it was made from. It's just organic wholegrain maize, organic dried sugar cane syrup, salt and organic molasses and I really like it. 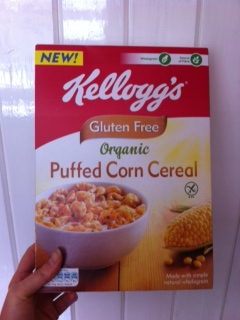 For the same price they also had bags of this ancient grains museli again without any pesky non vegan added vitamins. The stuff is so cheap as it's usually coming up to it's best before date but there is a month left on each of these so we'll have no problem getting through them. The Pastinos are crisps made from pasta and were in the specials at Aldi. There are a few flavours in the range that are vegan but not all of them. I was really pleased to see these as we loved them when we found them on holiday a few years ago and I've never seen them anywhere since! 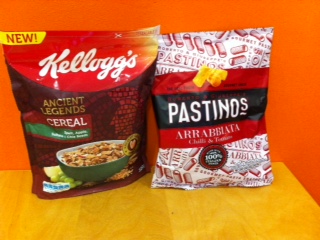 This Belgium chocolate with caramelised cacao nibs was also in the Aldi specials and was good value for 99p. Definitely worth popping a bar in your basket if you spot it. 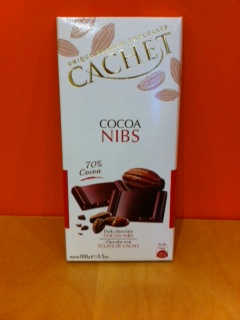 Whilst I was on my sick bed when my eyes were up to using the computer I entered a few competitions as I like to do every month. Natural Balance foods who make Nak'd and Trek products run these competitions every month and I was delighted when I got an email from them saying that I had won the Feed Your Office For Free prize for that month! We got an amazing parcel of Nak'd bars, Nak'd crunch bars, bags of Nak'd bits. Trek bars, Trek Protein flapjacks and Nak'd flavoured raisins. The boxes all contained mixed flavours so there was so much choice and they went down really well with my work colleagues. 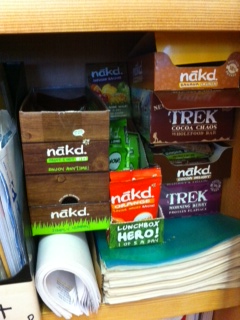 Finally I'll leave you with a picture of the Derbyshire hills. For a couple of weeks in August the heather covered hills turn purple. Such a gorgeous sight. 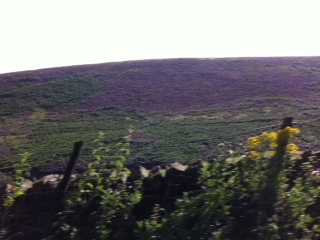