July 24, 2018
It's been a busy week. As well as my paid job I've been volunteering at the bookshop, attending a preview at Salford Museum and Art Gallery where I have a piece of art work in the 2018 open exhibition and having my first speech therapy appointment to learn techniques to help with my chronic cough (not going well so far but I'll persevere). I've also been having trouble sleeping so I made sure to take some down time to rest at the weekend, catch up on some Netflix (series 2 of Glow) and indulge in a few treats. 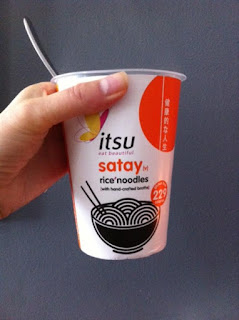 Matt was away playing at a festival on Saturday and I was struggling with fatigue so this little noodle pot was perfect for lunch on Saturday. We don't usually buy stuff like this as they are expensive but we picked some up when they were on offer for camping a few weeks ago and then didn't end up having them. Unlike other noodle pots there are no weird ingredients, they are gluten free as well as vegan and the pots are recyclable. 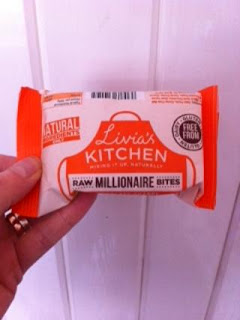 Another Saturday treat was these Livia's Kitchen orange flavour raw millionaire bites. You get 3 in the packet and they retail at around £1.50. Again, no weird ingredients and gluten free too. The bottom is oat based, the caramel layer is made from dates and the top is raw chocolate. These are so tasty and I managed to get them for free as I had enough points on my Boots card for a meal deal and they are included in the snacks. I'm a huge fan of the Boots meal deal as it had loads of vegan options and I build up the points quite easily on buying stuff like my nasal rinses that I have to use daily. 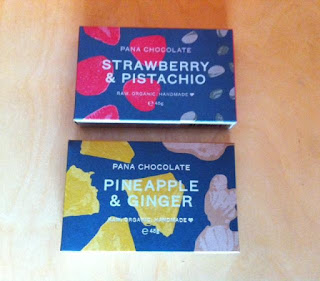 I first got introduced to Pana Chocolate by my friend Sally in Australia and it is great to see their range becoming more widely available in the UK. This is a raw chocolate which is the softer, denser type rather than the snappy type like Om or Raw Chocolate Company. It is really delicious and they have a great range of flavours. From completing a survey for them I had a £6 off voucher for their online store and used it to try two new to me flavours so although I had to pay postage the total amount that I spent meant that the bars worked out half price. 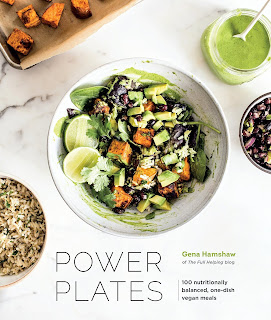 I hardly ever buy cookery books these days but after seeing Power Plates mentioned on a few blogs as the best book since Isa Does It I was intruiged. So far everything I've made had been amazing so I'll try to compile some pictures for a future review. 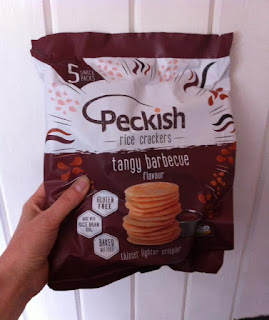 Onto the bargains! We have a couple of great discount food shops in Glossop with Poundstretcher and Heron Foods where you can often pick up vegan stuff for much less than the RRP. Stuff usually needs eating within the next month or so but that's no problem in our house! We've been having a lovely rice and quinoa milk all summer in our smoothies that both these shops have stocked for 40p a carton! This week's finds were these BBQ rice crackers which were 50p for 5 bags. They are gluten free and baked not fried so a bit healthier than crisps and super tasty. 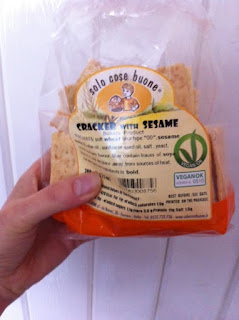 They also have in these lovely sesame crackers from Italy for £1. We've already tried the other flavour they stock which is a multi grain mix and really liked it and these sesame ones were excellent too. They taste like they are made from high quality ingredients and are perfect for a little plate of cheese and crackers. The 'vegan ok' label on the front made me smile. It's the Italian version of our Vegan society sunflower. 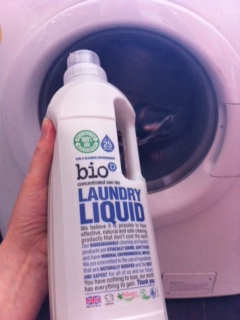 And finally like a lot of people we are trying to make an effort to further reduce our waste. Excitingly our local healthfoods shop Glossop Wholefoods are really leading the way and are about to install a fill your own section and they also have lots of refill items. We've used the Co-Op non-bio clothes washing liquid for years but our Co-Op is about to close so we've switched to this brand and once it's empty we'll be able to refill the bottle at Glossop Wholefoods!
Glossop Wholefoods Itsu vegan noodle pot less waste Livia's kitchen Pana chocolate Peckish crackers vegan Power Plates raw vegan chocolate zero waste