January 30, 2016
The other week we both had stinking colds that started on a Monday and lasted a whole seven days. By the time it got to the weekend we were fed up and in need of some serious comfort food. Here's a selection of what went down in our kitchen. 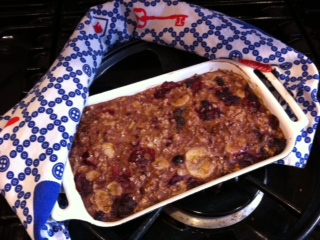 I did an oats based breakfast post the other week in which I raved about the Apple and Cinnamon Porridge Bake from the first Delicously Ella book. I tried another baked oats recipe, this time from her website and this was amazing as well. This is Baked Banana, Blueberry and Raisin Oatmeal served with some coconut yoghurt and some toasted coconut chips (picked up in Home Bargains for 49p). Seriously, this was such a nice breakfast that I was still thinking about it at teatime! 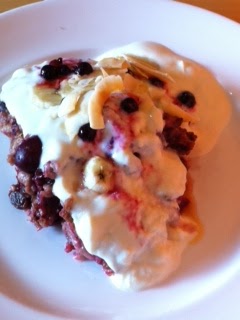 I occasionally break out the toastie bags for a toasted sandwich and this was one such occasion. I'd made leek and potato soup and it was accompanied by these avocado, tomato, olive, spinach and parmesan toasties. I've never put spinach in a toastie before and it was a bit of a revelation how well it worked. The parmesan was shavings of the Violife Parmesan which we finally got round to trying after having it in the fridge for a few months! It's great stuff and we had it in risotto for our tea too. You don't need much to add flavour to a dish and a block will do you for a fair few meals. 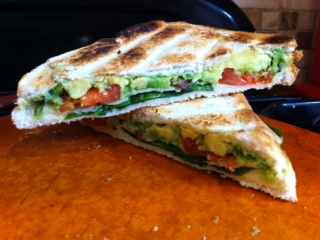 Sunday was all about reading, watching tv and a cooked breakfast. We had a batch of Matt's special home made baked beans in the freezer made using Hodmedod's fava beans and we had these with herb roasted potatoes (from Vegan Brunch) and some mushrooms cooked in Hendersons sauce. I also finally got around to using the Apfelbrater or apple baker that I got for my birthday back in November as a present from work. 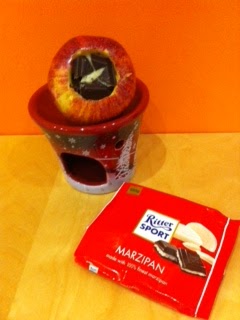 You core an apple and stuff the middle (I used marzipan chocolate) then light the candle and leave it to burn. 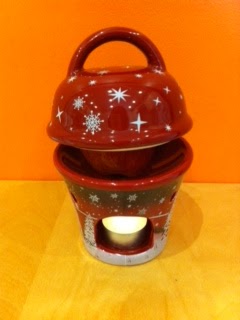