December 31, 2011
It's been a funny old year and has felt like a shorter than usual year as I got ill in April and didn't really start getting back to normal until September and had to put quite a bit of stuff on hold. I've never done a yearly round up before but I wanted to focus on the positive things that 2011 has brought! So, in no particular order.......

We started the Cake Liberation Front at the end of 2010 and it has continued to go from strength to strength with groups springing up in other corners of the world including Adelaide, Australia which I've enjoyed reading about it on Sally Kitten's blog. We even took a stall to a pre-match event at local football club FC United and CLF were also represented at the Manchester Cakes for Japan event. The bi-monthly meet ups continue with the next one on Sunday January 29. If you're interested in starting a group/ holding an event check out our website for posters/ graphics you can use to promote it. 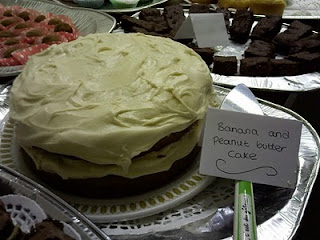 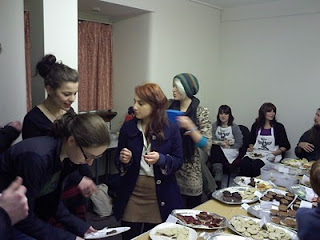 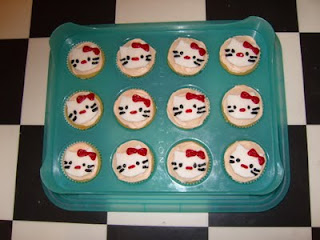 I didn't get any holidays abroad this year but managed a week in London in August, which started with  stepping off a bus literally right into the middle of the riots in Hackney Central! It was a week of hanging out, catching up, visiting museums and galleries and having my first Ms Cupcake cupcakes! Pictured is the amazing Ferrero Rocher flavour. It's great to see places like VX and Ms Cupcake doing so well. Let's make sure we all keep supporting them in 2012. 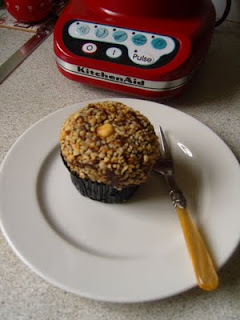 More locally there were a few weekend trips to The Bear in Todmorden and The Globe in Glossop for yummy and very reasonably priced vegan food. 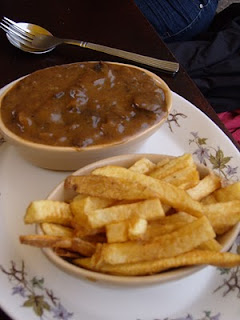 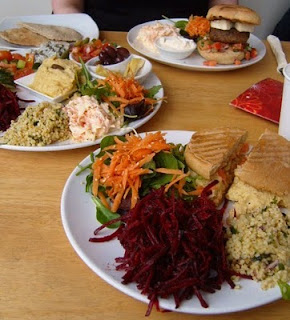 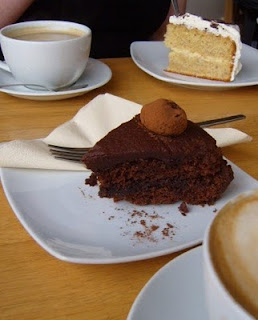 Also, very excitingly Manchester started it's own weekly Meat Free Monday night at the Lass O Gowrie pub in the city centre. It's run by Martin the Mod, ex of Cafe Pop and also currently at the Thirsty Scholar (lunchtimes). It's brilliant value for £4.50 you get a choice of 3 from 6 dishes with rice from a hot buffet and Lynnmarie from Manchester Vegan Society also sells cakes with funds going to Tameside Animal Sanctuary. Mod and Lynnmarie also organised a great event at the pub earlier in the year combining a Northern Soul and Ska All Dayer with vintage stalls and a vegan bake sale. 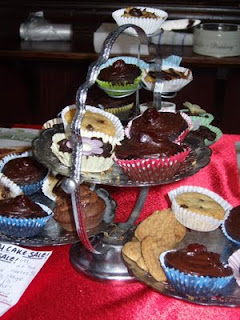 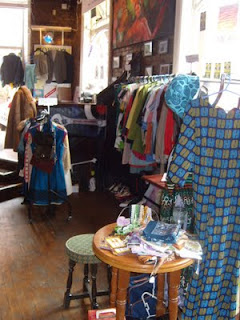 In February it was my turn to host the Come Dine With Me evening for work friends. It was a fab night and even got videoed and turned into a little film by Richard which included people rumaging through my wardrobe and trying stuff on in true Come Dine style. I did an Eastern inspired menu including these Rosewater and Pistachio cupcakes from Vegan Cupcakes Take Over The World. 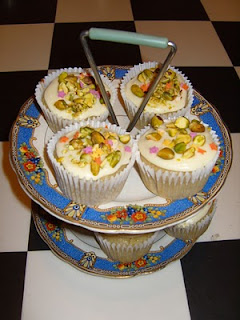 I also had a little cocktail party in July which included an alcoholic cupcake bar. Flavours were absinthe and cardamom, margarita and rum and raisin! 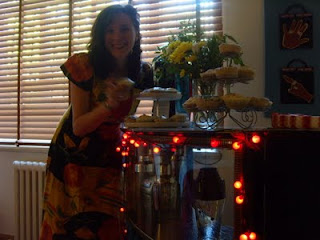 My favourite birthday cake to make this year was this carrot cake for Nick, my sister's partner (aka Marzipan Man). It's inspired by this famous one from Cake Wrecks, although I couldn't find any mohawked babies in the UK so they've got more of a Beatles style mop top! 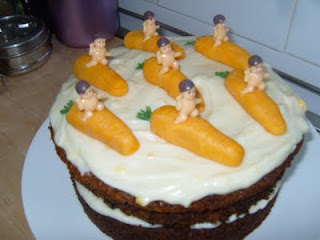 Hopefully 2012 will bring much more cake sharing and opportunities to support both veggie run businesses and also those more mainstream that are making an effort to cater for vegans too. Excitingly in November one of my very best friends became a partner in Bakerie, a new bar/ restaurant with great vegan food and drink options who will also be opening a tasting store in the new year.