September 13, 2018
A couple of Saturdays ago my friend Siobhan and I got the train over to Leeds for the Yorkshire Freefrom Show. Just look at the majestic surroundings of Leeds Town Hall!

The first thing I noticed when I got there was how much smaller the fair was than the big Manchester, Bristol and London ones I had been to in the past but do you know what, that suited me much better. Another nice surprise was that the majority of stuff there was vegan! I was expecting a lot to be gluten free but not necessarily vegan but that wasn't the case. There was a nice steady flow of visitors but it wasn't horribly rammed like some fairs I've been to and it was great to have chance to chat properly to stallholders. It was also good to see a wide variety of smaller businesses that were new to me. 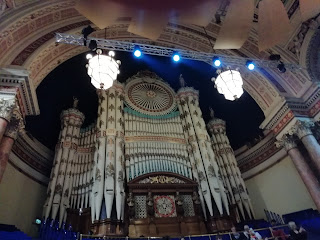 We arrived just before 1pm so decided to grab some lunch first to eat whilst watching a cookery demo. I went for this colourful bowl from Love Kimchi which was a lovely raw veg salad and some gyozas which are hidden underneath. It was very tasty indeed. 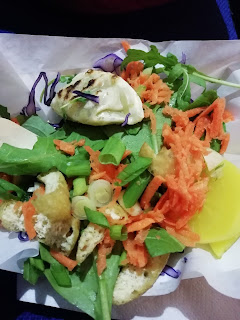 Siobhan chose a burger from the big selection at the Got No Beef stall. Definitely one to check out if you see them at a vegan fair. 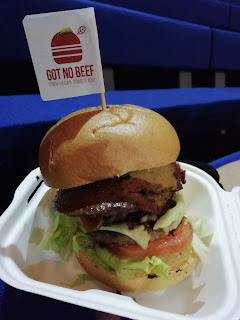 The cooking demo was by Honest Edibles who showed us how to make vegan mozarella cheese. It was similar in some ways to cheeses I've made with a cashew base and using tapioca starch to thicken the heated, blended mixture but they also added pro-biotics to ferment the cheese. To get the authentic mozarella shape they dropped the hot cheese mix into cold water to form the traditional ball shape. 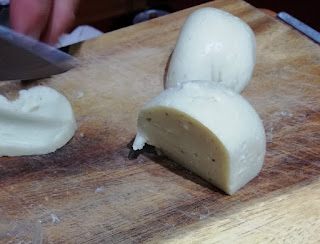 Here's a few highlights from the stalls. The first thing I bought after trying a sample was this Our Paula's Salted Caramel Butter. They do several flavours and the butters are coconut oil based. The texture is spot on and they spread on toast just like butter! It was great to discover a completely new style of product like this. 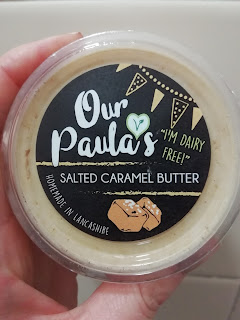 With a blog name like this I couldn't pass up the chance to try some tea salad. 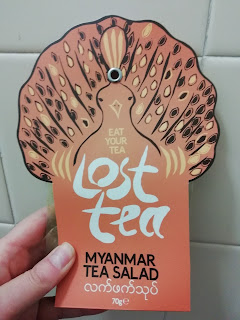 The Lost Tea Company are based in Myanmar where it is traditional to used fermented tea in salads. The salad has a kind of slaw base in that you slice up cabbage and then add chopped tomatoes and seasoning of your choice - think, garlic, chilli, ginger etc. You add the sachet of green tea leaves to this mix and combine. The tea mixture has some oil to it so this creates it's own sort of dressing though you can also add extras like lime juice or sesame oil to season. Finally just before serving you stir in the other sachet which is a crunchy bean mix. It was so good and really something different.I bought one to take on holiday in a few weeks. 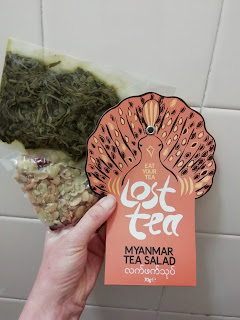 Sweet Revolution have been around for a few years now and being a Yorkshire company it was no surprise to see them at the fair. They were the pioneers of just add hot water hot chocolate and they also carry a range of instant flavoured lattes. They have added a few new flavours and after sampling I picked up a bag of the beetroot and ginger latter to take home. 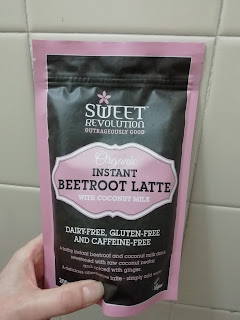 Finally I treated us to a box of handmade raw chocolates from Abundance Foods. These were stunning and I forgot they were raw. I've had raw truffles before and you know they are made from dates if you know what I mean! But with these I actually forgot. They were the best kind of luxury chocolate and I would happily buy them again. 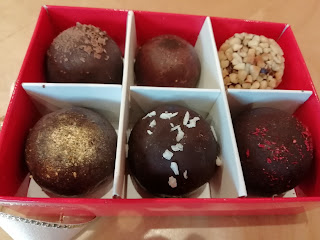