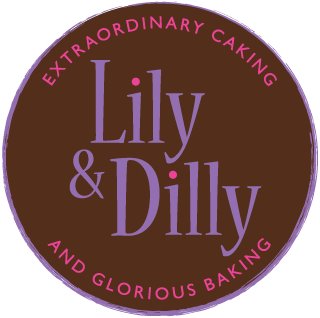 So, Lily and Dilly? What made you set up as an independent bakery and where does the name come from?

Having worked as a stop frame animator for 12 years, I was getting rather fed up with short term contracts, so the last time I was made redundant, I decided not to chase work round the country, and if that meant a career change, then so be it. A friend of mine had just set up The Cocoa Emporium as an independent Chocolatier, so I gave her a hand whilst navigating through the benefits system, mostly to get me out of bed on a morning! Doing baking for her farmers market was fun, as it was one of my main hobbies, so when she asked if I fancied getting a little shop  with her, it seemed a nice chance to start something new. We got the shop in Affleck's Palace in the NQ, and stayed there for 18 months. She had a baby, so was spending less time with the shop, so we decided to dissolve the Cocoa Emporium.
It was then that Lily and Dilly came into being. Rather than worry about overheads for a shop, and have to deal with wastage, staff etc, I decided to take my chances with my restaurant customer (Dough Pizza Kitchen) and see if any other cafes or restaurants wanted my desserts along with the bespoke cakes. For a long time I had an online avatar by the name of Lily, which a few friends still call me, and my rescue Lurcher is named Dilly. It just seemed to go together rather well! 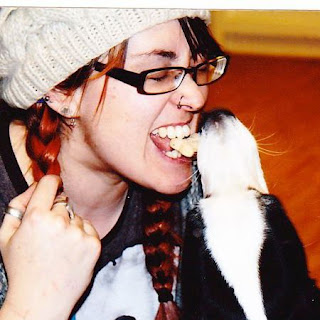 What sort of things do you bake and do you have any signature dishes or specialities?

I bake cakes and desserts, regular, vegan and gluten free, though I seem to bake more and more vegan products these days. The Apple iCake made its transition from popular cupcake to big boy cake, and is one of the favourites, along with the Devils Own Peanut Butter Cake. I'm doing a vegan baking demonstration in Todmorden in October, showing how to make my Blueberry Bakewell. 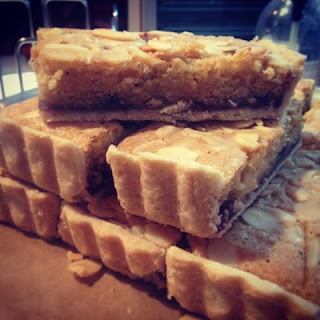 My desserts are stocked at Dough Pizza Kitchen in the NQ, and the cakes are stocked by VRevolution in the NQ and On The Corner in Chorlton. I also make celebration cakes, which can be ordered through the Facebook page, or by calling me on 07879811733.

Who inspired you when you first started out with vegan baking?

I was originally given a cupcake recipe that produces cakes I could have used to bludgeon people to death, so after a bit of research, I had 'Vegan Cupcakes take over the World' recommended to me along with the cookie book from the same series. As a sceptical non vegan, I was pretty impressed. They gave me a base to start playing around with to create my own recipes. I'd highly recommend them, and am thinking of checking out the pie book!

My blogging theme this month for Vegan MoFo is the Northern quarter. Do you have any favourite NQ shops or hangouts you could share?

Having had a shop there, I have quite a soft spot for Afflecks. Anything you need, you can probably find there! Fred Aldous is the best art and craft shop ever and the Koffee Pot does an awesome breakfast!
Interview Manchester northern quarter vegan mofo 2013