December 22, 2015
Blimey! I can't believe that I haven't blogged since the start of December. Where has the time gone! Part of the reason is that my old laptop has finally died a death and Matt is working from home now so I have very little access to a computer. I'm hoping to replace the laptop in the January sales though. I've also been busy making stuff. I'm on a much more limited budget these days as I am working part time but I also have more time at home to make presents which I've always loved to do, so that's been taking up my time too. I bookmarked this blog post for a pom pom wreath ages ago and really enjoyed making it. The colours are actually red, white and green although the photo makes the green look a bit blue and colourblind Matt looked puzzled when I showed it him and asked me why I'd made a patriotic wreath! 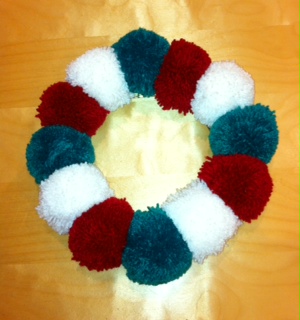 A few months ago Matt's mum gave me his Nana's old jam making pan and I spent a relaxing Saturday making Orange and Chilli Marmalade. I've been making this recipe for over 20 years and I love it. Although you cook with whole red chillis (you leave one in each jar when you bottle it) there's no heat to the finished product but the chilli just give it a certain ' Je ne sais quoi'. 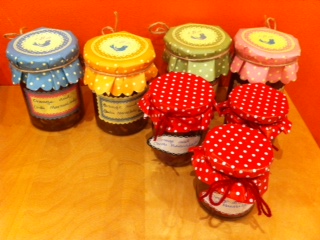 I heard of Certosino Cake when Kayleigh first featured it on the Deerly Beloved Bakery blog a few years ago. It's one of her annual range of amazing vegan bakes that she makes and sells. Certosino is a traditional Italian spiced cake and I used this recipe from the Waitrose blog. It was easy to veganise and I halved the recipe to make 4 mini cakes which have about 4 servings each. The cake contains goodies such as candied peel, grated apple, pine nuts and chocolate. It's spiced with cinnamon and fennel and has booze soaked raisins (I used spiced rum). 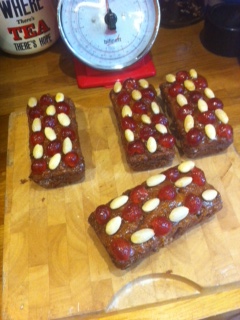 Traditionally the cake is sweetened with honey. I used Sweet Freedom instead which makes a great honey substitute. Wrapped in greaseproof paper and then foil it will keep for up to a month. 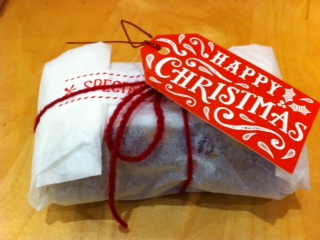 This Fairtrade dark chocolate infused with orange oil is a new addition to the Co-Operative's own label vegan friendly range. At £1.50 for a 100g bar it's great value and very tasty. 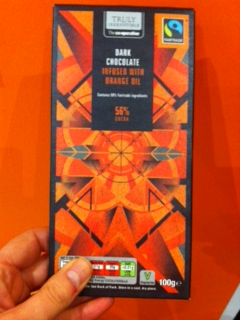 I used it to make hand rolled truffles for gifts. This is a recipe I've featured many times before which I love as it's so easy and you can make loads of variations of it by changing the flavourings. Recipe here. 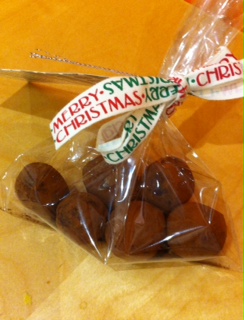 It's not all been about the food though. We've tried to make some time to sit down and watch some festive tv accompanied by a seasonal drink. I came up with a list of cocktails for our living room bar. So far we've tried the Chocolate Orange and the James Bond and they were both great. 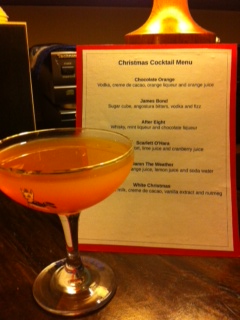 At the weekend I also made Vegan Eggnog. Eggnog isn't really a thing in the UK and I always feel jealous when I see people in the US posting about all the different flavours of Silk Nog. I decided to have a go at my own using this recipe and boy was I impressed! It was gorgeous. We had some on Saturday afternoon spiked with bourbon accompanied by some Swedish Pepparkakor biscuits to dip in it. We had this whilst we spent last Saturday afternoon watching my favourite Christmas thing to watch which is Box of Delights. If you've never seen it all six half hours episodes are available on You Tube and I highly recommend it. 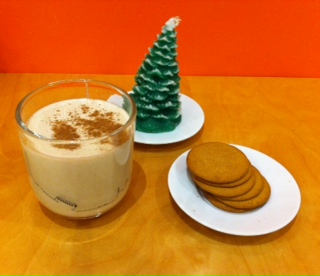 I was so impressed with the Nog that I made some more on Sunday this time spiked with spiced rum. We had no soya cream in so we poured some over our warm mince pies too! The tea cosy in the picture is one my mum made me that comes out every year and the lovely little vintage hand made candle I found for 25p in a charity shop the other day. 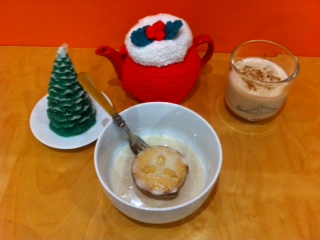 If you remember my blog post from October about our holiday in Harlech you'll remember what a lovely time we had staying at the Castle apartments. I'm so excited that we are able to go back for new year! In anticipation of New Years eve we ordered these artisan nut cheeses from Nutcrafter Creamery in Glasgow. We got the roasted garlic and the aged Scottish Dulse ones. They had some amazing sounding flavours and I'm impressed with the packaging and speed of delivery. I'm looking forward to seeing the New Year in with these, some nice chutneys and crackers and a glass of fizz. 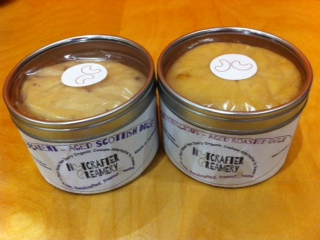