August 05, 2010
As well as all the amazing food and plenty of iced tea and coffee we got to try some new drinks in New York. There was Hibiscus Cooler at Angelica Kitchen, Chai Coconut Milk at Bonobos and Lavender Lemonade at Teany. 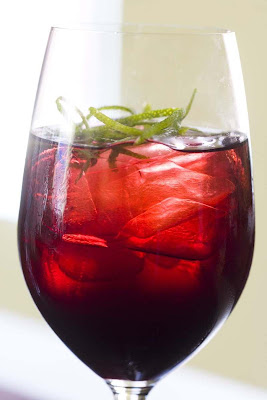 The green soy latte in the cafe on the top floor of the Kinokuniya Book Store that sells all things Japanese was huge and one of the few hot drinks I had all holiday as the weather was hot, hot, hot! I also got to try my first ever Bubble Tea in the form of a passion fruit flavour one at Gobo. 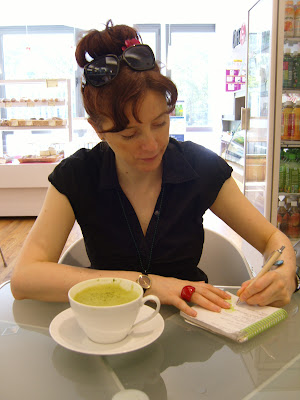 There was no alcohol on this trip as I joined Alex in not drinking. One day back at work though and I'm on the cocktails. I couldn't resist this bottle of Absolut Brooklyn in Duty Free. It's a limited edition created for Absolut with Spike Lee with monies going to a the charity Habitat for Humanity. The vodka is red apple and ginger flavour. Pictured is the signature cocktail, the Absolut Stoop Party, which consists of equal parts vodka, ginger ale and cranberry juice built over ice. 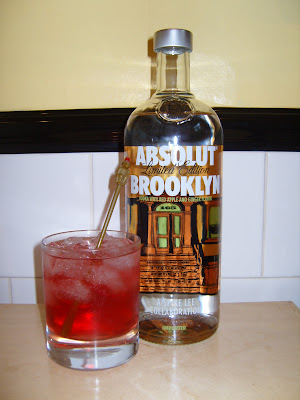